New steps ahead for the Greek zeolite – N. Lygeros New steps ahead for the Greek zeolite – N. Lygeros

New steps ahead for the Greek zeolite –  N. Lygeros

Translated from the Greek by Athina Kehagias

Within the context of the research study license for zeolite in Northern Evros and more specifically in the area Kokkala, which is located near Petrota, we had to also deal with the issue of road construction, which is necessary in order to access the zeolite ore. Now this problem is also solved, with the decision of the Secretary of decentralized Administration of Macedonia-Thrace, as research study approval was given re: C-type forest road for industrial mineral surveys of ore deposits, therefore, the zeolite.
The total length of the road construction would be 1,440 meters, its width 4 meters, while the gradients will not exceed 12%.  The project prognostication allows for excavations in earthy and semi-rocky ground, but also for the construction of embankment fill. This new step is very practical, because it allows us to talk furtermore on the merits of the Greek zeolite, no longer only as a vision, but as an actual reality, Greek reality. We now await on the approval of the landscaping design survey, for the rectification of the ore site. It is a classic procedure applicable to all quarries, only in this case things are much simpler, since the zeolite acts as a soil improvement element for agriculture. Consequently, we are starting to see a practical actualisation of the struggle of our country for the utilization of the zeolite, which can not leave anyone indifferent and which strengthens all fighters who fought for years on, so that, a strategic vision that belongs to Greece’s future would become a bare fact. 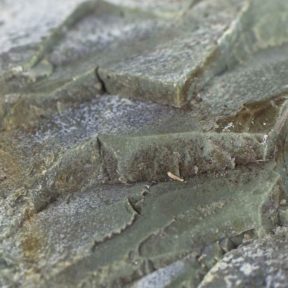