​Scientists at Rice Univ. and the Univ. of Minnesota have identified synthetic materials that may purify ethanol more efficiently and greatly improve the separation of long-chain hydrocarbons in petroleum refining.

The results show that predictive modeling of synthetic zeolites, a technique pioneered by Rice bioengineer Michael Deem, is highly effective and can help solve some of the most challenging problems facing industries that require efficient ways to separate or catalyze materials.

Deem is co-author of a new study led by Univ. of Minnesota chemist Ilja Siepmann that appeared in Nature Communications.

Zeolites are molecular sieves, nanoscale particles with channels and pores that can sort, filter, trap and chemically process materials as well as catalyze chemical reactions. They are used in many household products like powdered detergent, cat litter, desiccants and other absorbents. There are about 50 natural zeolites, but in 2011 Deem and his students identified more than 2.6 million zeolite structures that could possibly be synthesized.

The immense number of possible zeolites makes trial-and-error development nearly impossible. So the successful identification of purpose-built zeolites for two applications is a valuable proof-of-concept for the algorithm, which Deem said has the power to accelerate the pace of materials discovery.

Deem suggested petroleum as a target for the Minnesota team. “Refining and reforming petroleum is largely done with zeolites, and in this study we addressed catalytic hydroisomerization by zeolites to produce slightly branched, high-viscosity products,” he said. The petroleum industry would see significant benefits from materials that improve chemical processes in the refining of crude oil, extending supplies and reducing costs, he said.

The candidate zeolites have yet to be synthesized, but the ability to screen millions of possibilities down to just a few with the right structures, pore sizes and chemical reactivity is a major accomplishment, Deem said.

“Now that the database has been screened for zeolites with these catalytic reforming properties, the materials we found become very interesting targets for synthesis,” he said. “We’re looking for materials that have interesting properties, and that’s what we have achieved here.”

The Rice algorithm also suggests paths to synthesis of predicted zeolites. “The next step is to design templates to make these materials,” Deem said.

Calculating the structures required serious computing power. The team used up to 800,000 processors on Mira, a supercomputer at Argonne National Laboratory, to tackle the problem. “We were able to use our computer algorithms to compress about 50 years of research in the lab into a total of about a day’s worth of computing,” Siepmann said.

The resulting zeolites attack two complex issues. Current ethanol production is a multistep process involving fermentation of biomass. One of the last steps involves the separation of ethanol from water, and the researchers found an all-silica zeolite with pores and channels that accommodate ethanol molecules but shun hydrogen bonding with water molecules.

The second zeolite would improve the process of separating linear long-chain and short, branched hydrocarbons called alkanes, which affect the pour point and viscosity of lubricants and other petroleum products. Defining appropriate sorbents and catalysts for all of the complex mixtures involved in creating these products has been “an intractable problem,” the researchers wrote.

Deem noted that labs create about five synthetic zeolites a year without resorting to the algorithm, but inevitably they are among zeolites predicted by it. “Basically, that says the heretofore unknown structures in our database, at least some of them, are synthesizable. We predicted them and they can be made,” he said. 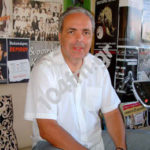 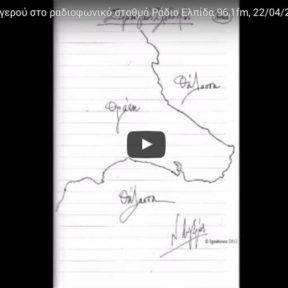 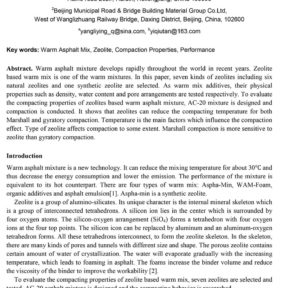