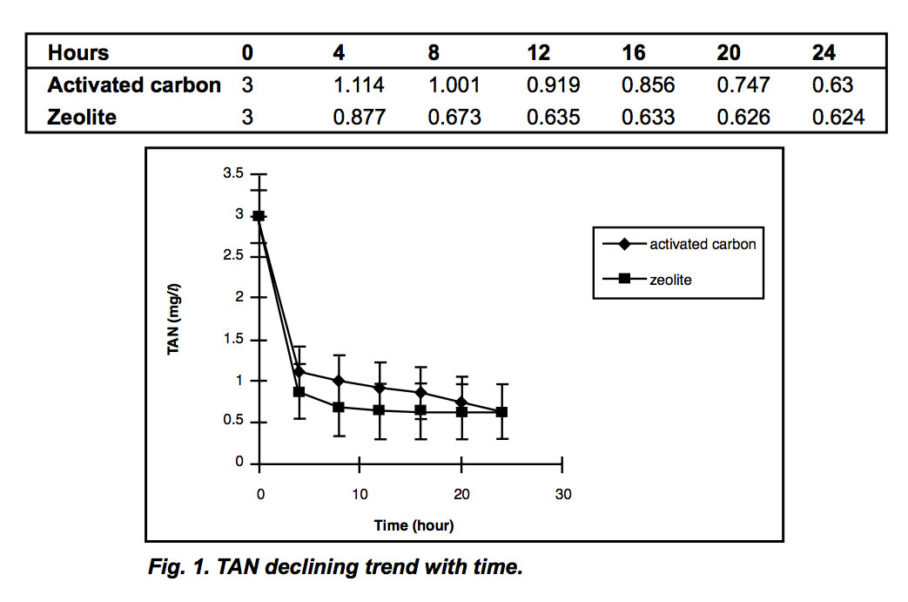 Conditioned activated carbon was compared with zeolite (clinoptilolite) at different salinities, Total Ammonia Nitrogen (TAN) and times. The dosages of both materials were the same ie. 10 ppt. Different salinities from 0 to 30 ppt were prepared in 24 three-liter plastic buckets. One, 3 and 5 ppm TAN were added to the buckets. TAN absorption trend was monitored every 4 hours over 24 hours. It was clear that over time, removed TAN decreased for both materials. No change was observed in the buckets containing zeolite, after 8 hours. A similar trend was observed for activated carbon, but, despite the decreasing rate of absorption by activated carbon, ammonia (TAN) absorption by both materials decreased. The largest difference between these two materials was observed at 0 ppt salinity and difference was not significant at 30 ppt salinity. After 24 hours, concentration of TAN in buckets containing 1, 3 and 5 ppm TAN decreased by 80.8%, 65.4% and 58.8%, respectively.

At the conclusion of the study, a significant difference was observed between zeolite and activated carbon and the results obtained by zeolite were found to be more satisfactory than activated carbon. 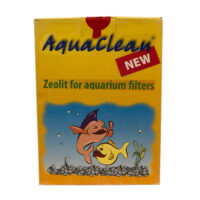