In South Africa, coal power generation results in at least 36 million tonnes of solid waste residue called fly ash being produced annually. That’s the equivalent of six dumps each the size of the Pyramid of Giza. Fly ash is a problem anywhere in the world where coal is burnt, but it is particularly so in South Africa because its low-grade coal has up to 40% inorganic residue that turns into ash on combustion.

Fly ash is made of very fine particles that are corrosive and abrasive, containing many toxic metals and soluble salts which leach into the environment, polluting surface and ground water. The particles of ash may harm humans if they are inhaled. Toxic metals such as mercury and chromium in the particles also have negative health effects.

Extensive studies have been carried out on fly ash disposal, management and re-use in South Africa. This research has shown that the huge dumps of waste fly ash at power stations can be turned into value-added products. This has the twin benefits of creating new and useful products while also reducing its harmful environmental effects.

What fly ash looks like after being stored in an ash dam. Leslie Petrik

Uses for fly ash
One use for fly ash is as a simple, low-cost and competitive solution for treating acid mine drainage. Acid mine drainage forms naturally when water and air come into contact with pyrite or sulphidic rocks which are exposed during coal or gold mining, forming sulphuric acid. This acid water dissolves rocks and releases toxic metals.

Toxins in acid mine drainage include radionuclides, high sulphate levels and numerous other toxic elements such as aluminium, iron, manganese, mercury and arsenic. It is highly acidic.

Streams, rivers and aquatic life are affected by the water’s acidity, toxicity and the yellow coating of iron oxide that deposits and smothers all aquatic live in the water. Polluted water from the mines flows into normal water. This has a harmful effect on people and animals’ health.

Fly ash can be used to neutralise and treat acid mine drainage from coal or gold mines, reducing major inorganic contaminants in the water to within water quality specifications.

Fly ash treatment systems include vigorously mixing the contaminated water with fly ash or allowing gravity flows of the polluted water to run through a bed of fly ash. Studies show that fly ash neutralises the acidity and improves the quality of acid mine drainage.

It does this by removing almost all sulphate and toxic metals in a one step process. The removal of sulphates from mine water using coal fly ash depends on the amount of fly ash used, the final pH level and the composition of the mine water.

Mine water of very different quality can be treated successfully with coal fly ash, and a small amount of additional lime and Al(OH)3. The treatment leads to water that meets target water quality range guidelines for irrigation or drinking water.

Fly ash also presents a route to stop acid mine drainage forming in the first place. After water is treated, the remaining solids can be used to refill mine holes after a mine is no longer in use. This is known as back-filling. These solids have the strength to prevent mines from collapsing.

Backfilling prevents the formation of acid mine drainage because sealing the mine voids ensures that air and water don’t get in.

The next frontier in fly ash recycling
But fly ash can be used for much more. Because it is made of mainly silica (48.27%), and aluminium oxide (30.89%), it can be converted into zeolites.

Zeolites are stable and porous mineral solids that have qualities that make them exceptional as well as incredibly useful. Zeolite minerals form naturally, but can also be made artificially from fly ash. They have very high stability at high temperature and high pressures, they don’t burn, don’t dissolve in water or organic solvents, and don’t oxidize in the air.

A range of zeolites have been formed from coal fly ash in South Africa. These include high value, industrial quality zeolite X, hierarchical zeolite X, zeolite A and zeolite NaP. 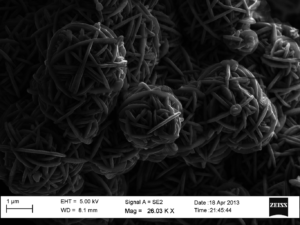 Other uses of fly ash include using it as a source of rare earth elements. Also, geopolymers – suitable for durable or lightweight concrete replacement materials in construction – can be made.

These scientific breakthroughs provide further proof that there are multiple uses for fly ash and that, in the medium to long term, discarding this waste in ash dumps can be abandoned. 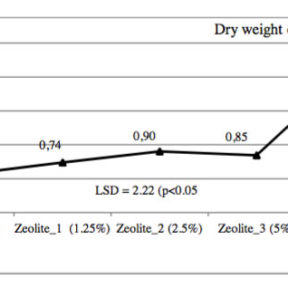 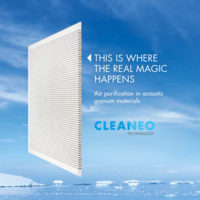